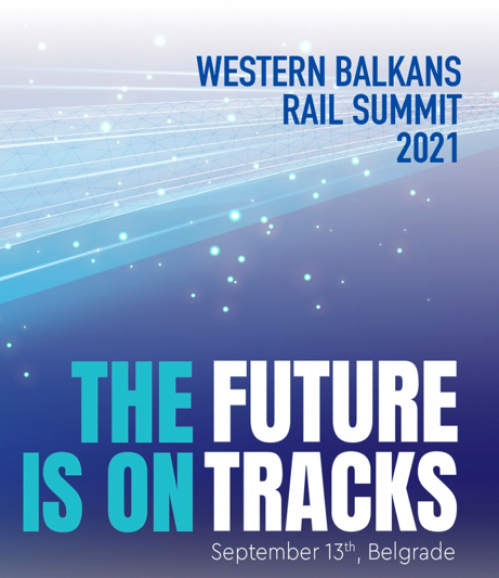 First Western Balkans Rail Summit “The Future is on Tracks”

Building a modern, digitalised rail network, with direct express train connections between major cities in the region will help establish better connectivity and provide safer and environmentally sustainable mode of transport for people and businesses in the Western Balkans. This was recognised as key priority of the Dedication to Rail, signed on Monday 13 September by ministers in charge of transport in the region at the 1stWestern Balkans Rail Summit, held in Belgrade. The event was organised by the EU’s Permanent Secretariat of Transport Community, the European Investment Bank (EIB) and the European Bank for Reconstruction and Development (EBRD), under the auspices of the Ministry of Construction, Transport and Infrastructure of Serbia.

The summit gathered ministers from the Western Balkans and neighbouring countries, representatives of the European Commission and rail professionals for discussions on how to advance the regional and European transport policy and contribute to building a digitalised and sustainable rail transport systems in the region. The governments committed to a number of priorities including to rebuild direct intercity train links connecting the region and the EU, enhancing digitalisation of the railway systems to interconnect and exchange data for cross border passenger and freight transport, increasing safety of level crossings, as well as opening of the rail markets.

The summit was organised to coincide with the arrival of Connecting Europe Express train, a symbol of the future of transport: more connected, greener & sustainable. As part of the The European Year of Rail, the train, which will cross 26 countries of the continent, from Lisbon to Paris, arrived in Belgrade on 12 September, from where it continued its tour in the region.

Olivér Várhelyi, European Commissioner (DG NEAR) said: “European Commission continues to support the Western Balkans in developing and modernising the rail sector. The adopted Economic and Investment Plan includes €1.5bn for the development of railways, some of the Flagship projects are the fast tracks on Corridor X, connecting Budapest and Belgrade and further to Niš, Skoplje and Greece, and Corridor 4 that will connect Belgrade with port of Bar and Podgorica in Montenegro.”

Maja Bakran Marčić, Deputy Director-General (DG MOVE) said: "Being the most green and sustainable mode of transport, the railways will play an important role in reaching the climate goals and fight the pollution."

Matej Zakonjšek, Director of Transport Community Permanent Secretariat said: “I hope that the First Western Balkans Rail Summit will create momentum to influence positive change with focus on investments in rail transport, that will make rail travel attractive again for the citizens and business in the region. This can be done by focusing simultaneously on two tracks – adopting standards and building and improving infrastructure. It is encouraging to see that the summit brought together policy makers and representatives of financial institutions that can lead the change in positive direction. As one of the most environmentally friendly transport means, rail is responsible for a tiny fraction of transport-related greenhouse gas emissions and has huge potential to contribute to region’s economic prosperity.”

Lilyana Pavlova, Vice-President responsible for the Western Balkans, EIB said: “The EIB is glad to support all initiatives that help sustainable mobility and accelerate modernisation of the railway in line with EU standards. Smarter, safer and digitalised rail across the region will help us address the environmental issues and enable shift to more sustainable transportation. To achieve this, this sector requires unprecedented investments and technical expertise. The EIB looks forward to rolling out of the Economic and Investment Plan and helping our local partners in accessing the funds available. As a decade-long partner to the region and a lead financier of railway, the EIB invested over €5 billion invested in the transportation sector to date.”

Nandita Parshad, Managing Director, Sustainable Infrastructure Group, EBRD said: “The EBRD supports the Western Balkans countries to green their economies with almost half of our investments channelled to projects that support the green agenda. As the world is turning to greener and more responsible modes of transport, and with finance available, now is the opportunity for the Western Balkans countries not to be missed to invest in their railways. Together with the EU and EIB, we are strongly committed to continue to provide well-structured and affordable finance for the development of railways as a sustainable, greener and safer means of transport in the Western Balkans.” 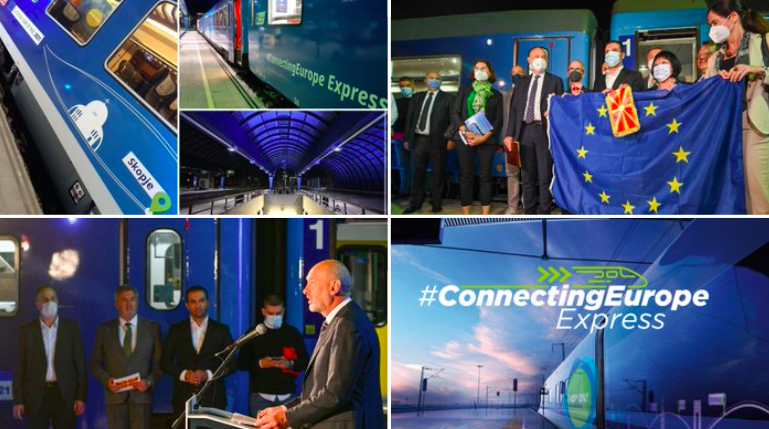 The European Year of Rail is part of the EU's efforts under the European Green Deal, the EU's plan to make its economy sustainable by achieving climate neutrality by 2050. One of the key elements of the plan is to roll out cleaner and healthier means of transport, as the transport sector is currently responsible for about 25% of the Union's greenhouse gas emissions. The European Green Deal seeks a 90% reduction in transport emissions by 2050. With only 0.4 % share of greenhouse gas emissions in total EU transport, rail emits far less CO2 than equivalent travel by road or air and is one of the most sustainable, innovative and safest transport modes in the EU. Comparing to the EU where 75% of total train-kilometers are travelled by electricity-powered trains, in the Western Balkans less than one third of rail tracks is electrified.

The EU's Economic and Investment Plan for the Western Balkan prioritises projects and programmes on the indicative extension of the Trans-European Transport Network (TEN-T) core network which are of strategic interest to the region and to the EU. Action will be taken to speed up construction of new transport infrastructure and the upgrading of existing infrastructure, with the objective of bringing the core transport network up to EU standards. Major sustainable transport Flagship projects, connecting East to West, North to South and the coastal regions have been identified in the Plan.

More about the European Year of Rail

More about the Permanent Secretariat of Transport Community