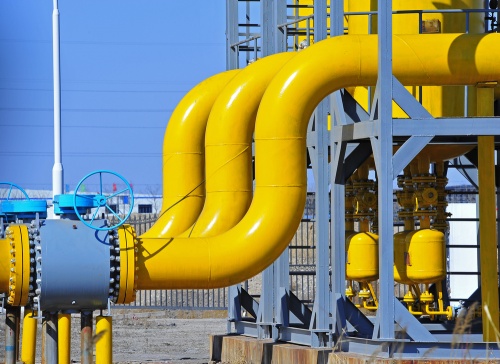 The Pre-feasibility study and examination of the initial environmental and social impacts of the European Commission's Connectivity Agenda project Albania - Kosovo Gas Pipeline, financed by €300,000 in EU grants through the WBIF, were presented at a workshop on 9 November 2018 in Pristina. The Albania - Kosovo Gas Pipeline (ALKOGAP) concerns closing the gap in the gas transport networks in the Western Balkans and aims to establish a new supply route for natural gas from the Middle East and Caspian Region transported by Trans Adriatic Pipeline, north-eastwards of the Western Balkans area towards Serbia.

Following the assessment of the potential gas market in Kosovo and Albania, various options of the alignment were considered including interconnectors between Kosovo and neighbouring countries. The necessary institutional and organisational capacities in the Ministry of Economic Development and the Regulatory Agency (ERO) for energy in Kosovo were evaluated and proposals were made. The pre-feasibility study included an initial examination of the Environmental and Social Impacts and assessed the financial and economic viability of the interconnector.

The cost of the project is estimated at €211 million, with EBRD being the lead international financing institution. The project provides important positive environmental impacts in Kosovo which constitute the main reason for a very high economic internal rate of return (EIRR 35%).

Recent developments in the gas market in Europe and the initiated construction of the Trans-Anatolian Natural Gas Pipeline (TANAP) and its extension, the Trans-Adriatic Pipeline (TAP), as corridor for gas supply from the Caspian Sea to Europe create the necessary preconditions for the introduction of natural gas in the energy markets of Kosovo and Albania. In addition, the Ionian-Adriatic Pipeline (IAP) aims at establishing a new supply route for natural gas from the Middle East and the Caspian Sea northwards, along the Adriatic coast.

The ALKOGAP will interconnect to these two planned gas transmission pipelines that will serve Albania. It is planned as a bi-directional pipeline, enabling the reverse flow of gas.

Mr. Enis Aliko, Deputy Minister of Infrastructure and Energy in Albania stated: "The Albania-Kosovo Gas Interconnector is an important project for both Albania and Kosovo. Thanks to the EU, which provided the necessary funds for the technical assistance, Albania is able to carry on with the very ambitious plans related to gas."

Mr. Skender Xani, Ministry of Economic Development in Kosovo stated: "The gas interconnector is of utmost importance for Kosovo's efforts to provide citizens access to a more environmentally friendly energy source than lignite."