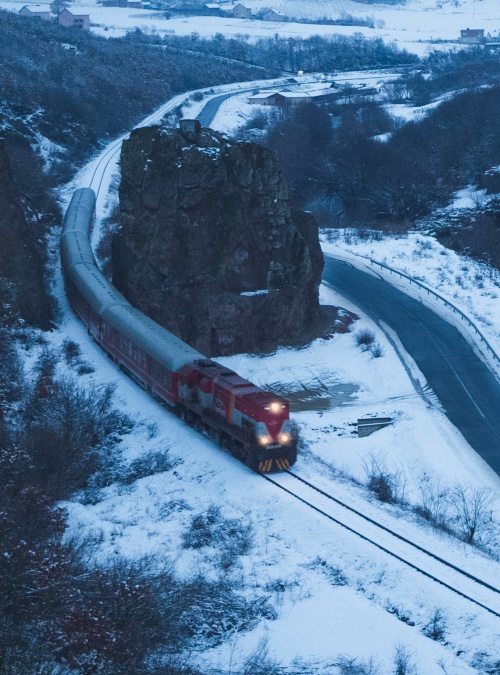 The EU Ambassador in Kosovo, Tomáš Szunyog, and Kosovo* Prime Minister, Albin Kurti, marked earlier this week the beginning of the EU funded works on the rehabilitation and upgrade of 34 kilometres of railway running between Fushë Kosovë/Kosovo Polje and Mitrovicë/Mitrovica in Kosovo. The total value of works to be conducted over the next 15 months amounts to €68 million, of which the EU is providing €27 million in grants, through its Economic and Investment Plan for the Western Balkans, and European Bank for Reconstruction and Development (EBRD) and the European Investment Bank (EIB) the remaining €41 million.

“We are now starting to rehabilitate and upgrade the second section of the regional Railway Route 10 in Kosovo which is part of the Trans-European Transport Network (TEN-T) and connects Kosovo with the region and the rest of Europe,” said Ambassador Szunyog.

The Railway Route 10 runs from North Macedonia, over Kosovo, and into Serbia and is 256 kilometres long; 148 of those are in Kosovo. The EU and its partners support the upgrade in 3 phases.


The construction works on the first section from the border with North Macedonia to Fushë Kosovë/Kosovo Polje, 66 kilometres long, started in August 2019 and should be completed by the end of 2023, while the preparations for the upgrade of the third section from Mitrovice/a onward are ongoing.

The Railway Route 10 was generally in a poor condition with severe structural constraints that limited traffic speeds to 60 km/h. Its rehabilitation is the first major investment in the railway sector in Kosovo and includes the replacement of outdated switches, tracks and sleepers, and the renovation of tunnels and bridges.

With the new investment of €27 million, the EU's direct contribution to the upgrade of railways in Kosovo reached the amount of €91 million, while the EBRD and EIB are jointly investing an equal amount in favourable loans.

Neil Taylor, EBRD Head of Kosovo, said: “We are delighted to see that Kosovo is moving forward with the rehabilitation of its railway, the largest investment in the country’s transport infrastructure for decades. It will connect Kosovo with the region and beyond and will help boost economic opportunities and make travel easier, safer and greener for its citizens.”

“We are grateful to the European Union and in particular the European Commission for supporting the financing and rehabilitation of this railway line, which will bring the citizens of Kosovo even closer to the European Union. Kosovo will have a railway line that meets all the requirements of interoperability defined according to the directives of the EU. It will result in improved rail capacity for passengers and goods, and significant improvement in travel time. Just as importantly, it  will operate with reduced emissions of greenhouse gases and carbon dioxide,” said Prime Minister Kurti. 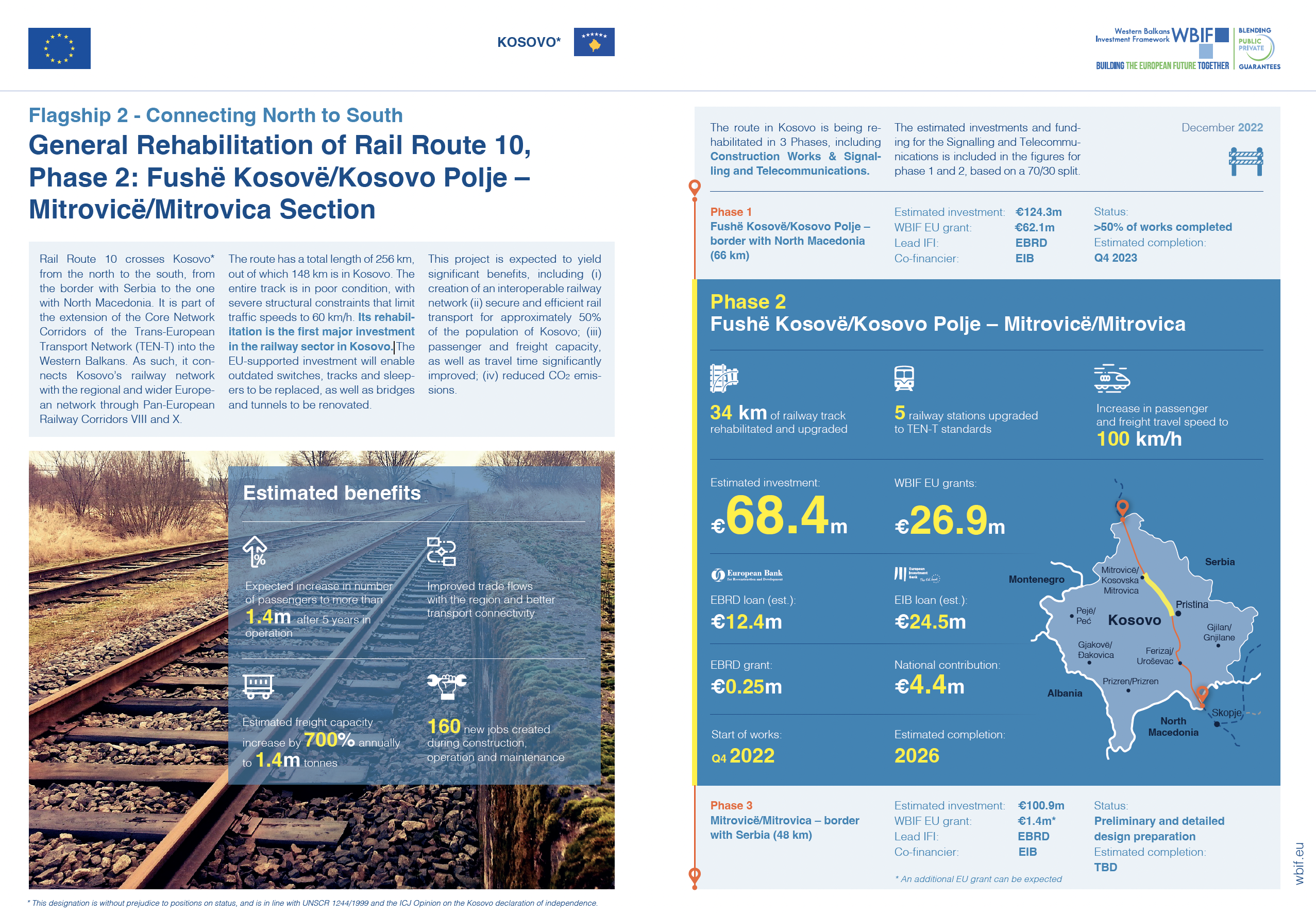