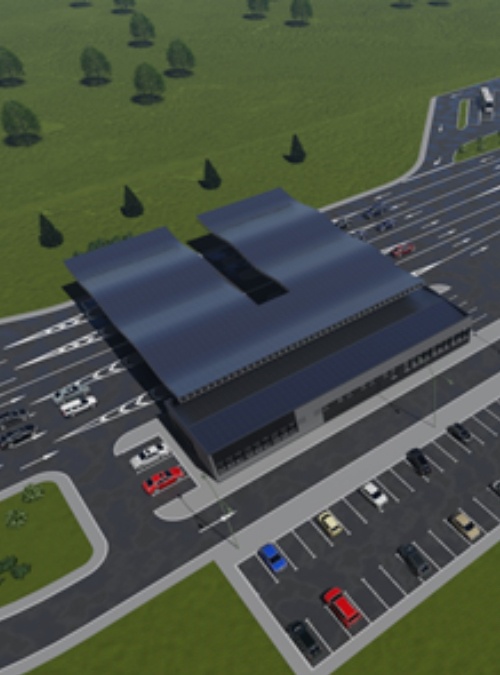 A €9.6m Agreement Signed: Construction of the EU-supported Border Crossing from BiH to Croatia

The EU-supported construction contract for a state-of-the-art border crossing facility on the Svilaj bridge was signed on 1 April 2020 in Sarajevo, by the beneficiary (Indirect Taxation Authority) and the construction consortium.

The border crossing facility is a part of the 2015 Connectivity Agenda investment project 'Mediterranean Corridor (CVc): Bosnia and Herzegovina - Croatia Road Interconnection (Section Svilaj - Odžak)'. The project concerns also the construction of a 660 m cross-border bridge over the Sava river, as well as 10 km of motorway on the Svilaj – Odžak section between Bosnia and Herzegovina and Croatia, along the Mediterranean Corridor (CVc).

The total investment cost of the project is €110m, financed by €25m in EU grants provided through the Western Balkans Investment Framework, €67m in loans from the European Investment Bank and the European Bank for Reconstruction and Development, in addition to €18m national contribution.

The construction works for the Svilaj - Odžak section are on-going, the motorway was finished in 2019 and the bridge is in the final stages of construction. Once completed, the newly constructed state-of-the-art border crossing facility will allow a speedy processing of passenger and freight transport separately. It will relieve the traffic at the existing two border crossings between Bosnia and Herzegovina and Croatia along the Sava river, both 30 km away and significantly shorten travel and border crossing times.

Once operational, the route between the two countries will accommodate 2x2 traffic lanes and allow speeds up to 130 km/h. Passenger and freight carrying capacity will be significantly improved, with reduced travel timesand lower operational and maintenance costs for motorway operators. The investment will facilitate trade, regional integration and sustainable growth and thus have a positive impact on the broader economy of Bosnia and Herzegovina.