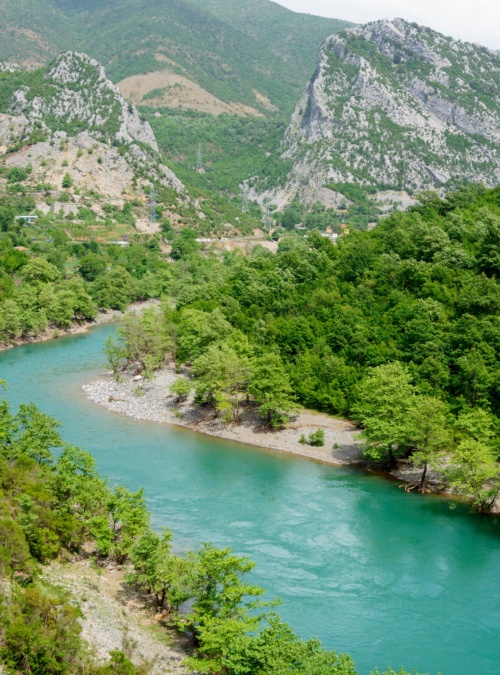 The recently completed EU-funded Environmental and Social Impact Assessment (ESIA) and Detailed Design for the WBIF project “Mati River Flood Protection Infrastructure” were implemented by COWI-IPF Consortium (Infrastructure Project Facility 8) in close cooperation with the Ministry of Agriculture and Rural Development of Albania and the National Water Resources Management Agency. It started in January 2020 and was successfully completed in April 2021. It received a grant amounting to €450,000 funded by the European Union through Western Balkans Investment Framework in addition to the €400,000, allocated earlier for the Feasibility Study, implemented in 2012.

The outputs of the technical assistance focused on the investment needs and establishment of the sound technical background for the implementation phase of sustainable flood management, with potential support of the European Union and of the European Investment Bank (EIB). The total estimated value of the overall project “Mati River Flood Protection Infrastructure” is €11.2 million.

This project is important for Albania as it will increase the level of flood protection management to prevent damage to human health, material damage, flora, fauna and the economy. The project will improve the flood protection conditions along a 13 kilometres section of river on the north and south sides/banks of the Mati River, thus greatly contributing to flood control, enabling sustainable operation of primary (agriculture, animal husbandry), secondary (construction materials) and tertiary (hospitality) sectors of the economy.


The project will rehabilitate and realign the north and south dikes of the Mati River (a total of 26 km) for sound flood protection and 105 spur dikes to prevent river erosion. In addition, a special dike for Pllana irrigation canal will be provided. As a result, for 210,000 inhabitants living in the Mati River Catchment Area, the protective measures will be improved and the risk of floods will be significantly reduced, thus preventing serious human and material damage. Moreover, it will significantly reduce the soil and riverbank erosion.

Ms Milva Ekonomi, Minister of Agriculture and Rural Development (MARD): “We are very pleased that MARD and the IPF8 have completed this important Project. The Mati River flooding still remains a problematic issue for the wider area. We are particularly pleased that the Albanian and international team worked together well and benefited from each other’s knowledge to propose the best approach to address the flooding situation in Mati River. MARD now has a completed study that can be used to address the donors for funding opportunities and our Ministry is seriously planning to undertake the next steps to start investment works.”

Mr Irfan Tarelli, General Director at MARD: “I want to express my gratitude for the support of the local stakeholders, particularly of the Lezhë Perfect and the Mayors of Kurbin and Lezhë municipalities. I am sure they will be very active also during the project implementation phase. MARD has already opened a discussion with the Prime Minister Office to prepare for a larger project that would address the national needs of drainage and irrigation. The planned implementation of the four-rivers feasibility study project will also help mitigate the flooding challenges across Albania.“

Ms Lijana Jančauskienė, EIB Technical Officer: “I appreciate the way the beneficiaries have been present in the project, and I hope that they will be the real owners of the project and would keep the good spirit going in the future.”

Mr Arduen Karagjozi, Director at Water Resources Management Agency (AMBU): “We at AMBU are very satisfied for the close cooperation and collaboration with MARD and IPF8 in preparing this project. We were always very interested to have such a pilot project for the area, and we are very positive that the project is expected to progress with the financial support.”

Flooding in Albania continues to pose one of the country’s highest risks with an estimated 110,000 hectares of agricultural land in danger of inundation. Future climate change with more extreme weather is likely to exacerbate this situation. Between 2010 and 2015, major flooding events in the Mati and Drin river deltas combined, resulted in 15,000 people being evacuated, 6,000 km² of land underwater, and some 4,800 houses flooded, resulting in massive economic losses for the country. The Mati River in the lower reaches frequently bursts its banks due to degradation of the dykes. The recent floods have inundated some 10,000 hectares of farm land and the situation is made worse by the continued and often illegal gravel mining activities that are operating in the lower reaches of the river.

More about the WBIF Activities in Albania