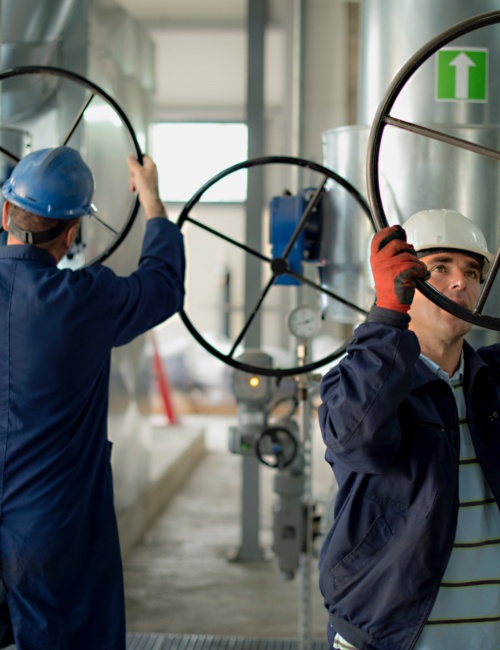 A new EU funded technical assistance project worth €2 million was launched in October 2021 to support the preparation of a Feasibility Study for the District heating, based on renewable energy in eight Kosovo* municipalities - Gjilan, Ferizaj, Prizren, Peja, Drenas, Obiliq/Kastriot, Mitrovica and Zveçan - including Cost Benefit Analyses and an Environmental and Social Impact Assessment Report.

The current heating systems are not suitable for collective residential and service sector buildings and they have a substantial negative impact on both air quality and public health. The Feasibility Study should introduce the possibilities using environment friendly and local available primary energy sources with different technologies and distribute the heat through high efficient District Heating systems.

A team of international and national experts from IPF10 will support the Project Implementation Unit (PIU) to develop the plans and, thereby, facilitate considerable strategic investment. The total costs of the WBIF project "District Heating Systems in Kosovo" are estimated at more than €160 million.

District Heating (DH) systems in Kosovo are limited to only four municipalities (Prishtina, Gjakova, Mitrovica and Zveçan), accounting 3 to 5% in the heating of spaces. Currently, only one district heating (DH) is in operation, and that is Termokos in Prishtina. Other cities, like Peja, Prizren, Ferizaj and Gjilan do not have DH systems, despite their large urbanised areas by collective residential buildings. Few municipalities, such as Obiliq and Drenas/Gllogoc are in favourable areas considering that the first one is nearby the power plant Kosovo B and could be connected to cogeneration system, and the second one is near to smelting factory “Feronikel” which waste thermal energy arising from the technological smelting process. Obsolete thermal systems in cities such as Mitrovica and Zveçan need comprehensive rehabilitation in order to expand services to new and planned buildings, as the demand for connection is continuously increasing.

Despite significant improvements in the heat supply from the cogeneration units (Prishtina), the district heating in final energy consumption is still very low compared to the available potential. As the urbanization of the Kosovo population is increasing, it also increases the demand for heating spaces of collective buildings. This increase is mainly because of the growing demands for a higher comfort level in both old and new buildings.

Given these challenges that Kosovo is currently facing, carrying out of a Feasibility Study and ESIA would help Kosovo establish rehabilitation and upgrade possibilities of existing DH system capacity in Mitrovica and construction of new capacities in regions of Peja, Prizren, Ferizaj, and Gjilan. Having these in place, Kosovo will be able to increase the security of supply, energy efficiency, diversify energy sources, reduce air pollution, and improve quality of life. The Government of Kosovo has already identified the implementation of DH systems as its national priority and included the development of this subsector in the Single Sector Project Pipeline list of projects. The project is also consistent with national strategies, Law on District Heating, and respective EU policies and standards.

Luan Morina, Ministry of Economy and Environment, Head of Department for Energy: “Decentralization, diversification and energy efficiency use should be considered foundations to address security of energy supply in the electricity / heating sector.”

Konstantinos Mastrogiannopoulos, EIB, Country Manager: “The EIB, as the lead IFI, is happy to support this important assignment. The outcome is expected to contribute to the decarbonisation and economic development of Kosovo, as cleaner sources of energy will be explored, in line with the Economic and Investment Plan for the Western Balkans and the EU Green Agenda. We look forward working with all parties for an efficient project implementation.”

Neil Taylor, EBRD, Head of Kosovo Office: “Together with our partners, we look forward to exploring possibilities to connect more people across Kosovo to affordable and clean heating.”

Luigi Brusa, EU office in Kosovo, Administrator Head of Cooperation: “EU is committed to support the energy infrastructure in line with the Green Deal. Through development of district heating systems there is an opportunity to substitute the use of electricity and burning coal for space heating thus promote clean energy for all citizens.”

Mario Ortner, IPF10, Team Leader: “IPF10 is delighted to have been invited to undertake this challenging and important assignment. Everyone is talking about the great importance of renewable energies. With this assignment our well experienced team has the chance to introduce high efficient and environment friendly technologies for the energy supply of the future for eight large cities in Kosovo. We look forward to partnering with the Beneficiaries, the European Union, EIB and EBRD in developing plans to effectively manage these exciting tasks.”