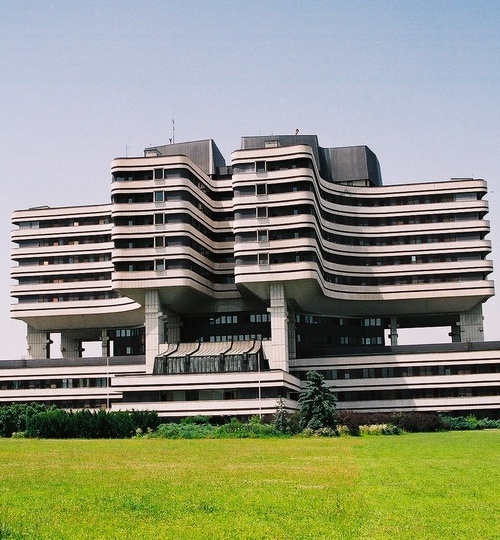 Serbia’s largest tertiary care facility is getting a complete overhaul to meet current energy efficiency, health and safety standards. The planned renovation – supported by an EU grant and a KfW loan – will make hospital operations run more smoothly, save energy and water, and thus lower the maintenance costs in the long run. In addition, the working environment for the medical staff will be improved, as well as the overall comfort for patients.

In February 2021, a €50 million loan agreement was concluded between KfW and the Serbian Government. The EU is supporting this project with a €5 million technical assistance grant via the Western Balkans Investment Framework (WBIF). Reconstruction is expected to start in 2022 and is scheduled for completion in 2025. The project is considered particularly complex as hospital operations must be maintained without interruption during the entire reconstruction phase.

Operational since 1982, the hospital building and the technical equipment is no longer up to date and does not meet current energy efficiency standards. The reconstruction works entail installing new insulation, renovating the roof, overhauling the exterior façade and the windows, as well as constructing new rooms and sanitary facilities. The electrical wiring, the heating and cooling system will also be exchanged and replaced.


The VMA, the Serbian abbreviation for Medical Military Academy, is the largest hospital in Serbia and one of the largest in Europe. It is affiliated with the University of Belgrade and considered a flagship facility for medical research due to its high medical/technological standards. Originally intended for the treatment of officers and soldiers, 90% of VMA’s patients are presently civilians.

As with many buildings in Serbia, the VMA's energy balance in its current state is not particularly favourable. In general, the building stock in the Western Balkans is severely outdated, as the vast majority were constructed more than 50 years ago. Accordingly, the total energy intensity is four times and the CO2 emissions six times as high as the average in the EU Member States. The VMA itself needs about twice as much electricity as a medium-sized German hospital, 2.5 times more heat and 5 times more water. The savings effect is correspondingly large, because hospitals work 24 hours a day, all year round: the modernisation of other public buildings in Serbia, for example, has already more than halved energy consumption; similarly high values can be expected for the VMA.

The WBIF project has been identified as Flagship "Renovation Wave" within the Investment Window "Clean Energy" as identified in the Economic and Investment Plan for the Western Balkans. Renovating public and private buildings to meet minimal energy performance standards can make a very significant contribution to the reduction of greenhouse gas emissions, improve the living standards of citizens, as well as their health.

More about WBIF activities in Serbia