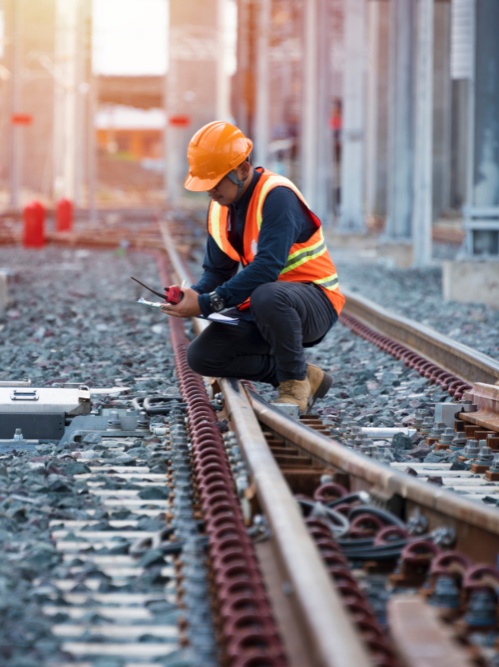 The European Union through the Western Balkans Investment Framework funds the Technical Assistance for the Reconstruction and Modernization of the part of Orient/East-Med Rail Corridor Route 11 section from Stalać to Kraljevo and Route 10 section from Kraljevo to Rudnica. The main objective of this TA is to prepare the Feasibility Study, ESIA, Preliminary Design and Tender Documents, for civil works and signalling & telecommunication and electrification along these sections.

Serbia is upgrading its Core Railway Network with a view to reaching the EU standards of interoperability. It is aiming to revitalise the railway network giving priority to Pan-European Corridor X, the backbone of the system, and to SEETO routes 10 and 11 (Indicative Extensions of the TEN-T rail network to the Western Balkans), on which the Stalać-Kraljevo-Rudnica sections are located.

The railway section Stalać-Kraljevo connects the central region of Serbia with Corridor X. The total length of the section is 71.6 km. The section is a single-track railway line on the entire length and is not electrified. There are 23 official stations and stops on this section and several structures. The entire track is in poor condition, due to insufficient maintenance in the past that limit traffic to 40km/h.


The EU provides the €2.63 million grant for this Technical Assistance through the WBIF. The Project Lead International Financial Institution is European Investment Bank (EIB); and with other sources, it will finance the Project currently estimated to €174.5 million.

Railway line Kraljevo–Rudnica is a single-track with a total length of 77 km, non electrified. There are 16 service points along this section while Kraljevo station, is distinguished as a station with extensive passenger and cargo flow and as a node and distribution station. The entire track is in poor condition, with serious structural constraints that limit traffic to 60km/h.

EU provides the €3.7 million grant for this Technical Assistance through the WBIF. The Project Lead International Financial Institution is European Investment Bank (EIB); and with other sources, it will finance the Project currently estimated to €298.9 million.

The Project’s main objective is the preservation of the functionality of the railway lines, through compliance with the relevant standards (as specified in the Regulation on the TEN-T) in respect to functionality, stability, safety, durability and environment protection. By developing this Project, Serbia businesses and industry will have potential growth and better connections with the wider region. This Project is with high social interest, knowing that connectivity, especially transport links, contributes to development by enabling the movement of goods, services, capital, and people across countries.

The Project’s implementation is expected to contribute to:

• Increased safety and speed conditions of this line;

• Development of the multimodal and intramodal transport in Serbia and wider;

• Inclusion of the railway line to the Regional and EU Integrated Railway Network;

• Improved conditions for the development of the passenger and freight transport;

• Facilitation of the trade and economic links with neighbouring countries and EU member states;

• Interoperable railway infrastructure as a linkage between neighbouring countries and the wider region.

The project was identified as “Flagship 1 - Connecting East to West” in the European Commission’s Economic and Investment Plan for the Western Balkans 2021-2027. 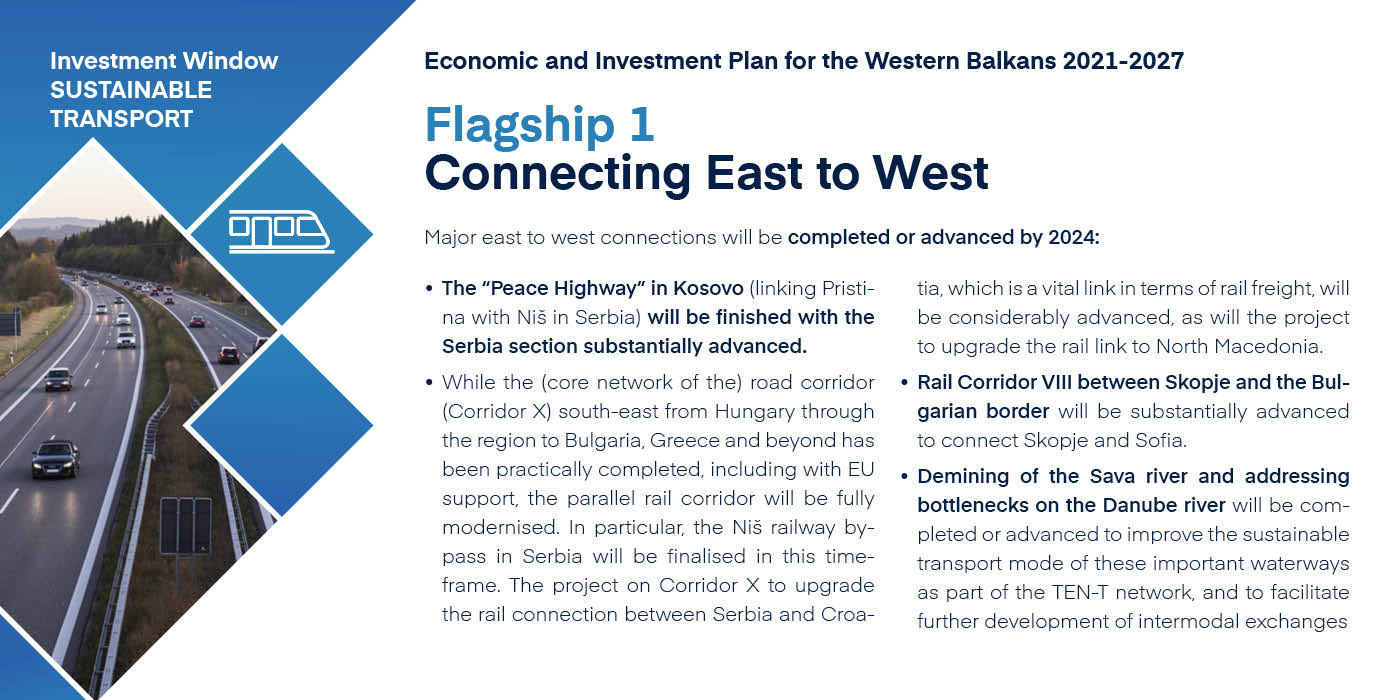