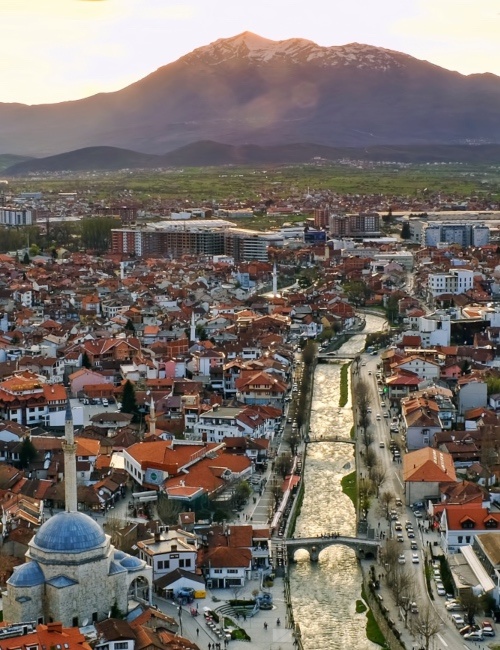 The European Union will provide €1 million investment grant to Kosovo to help it improve the energy efficiency of public buildings such as kindergartens, schools and primary healthcare facilities in the city of Prizren. Complementing the EU grant, the European Bank for Reconstruction and Development (EBRD) is extending a €5 million sovereign loan for this project, implemented under the Regional Energy Efficiency Programme (REEP/REEP Plus) for the Western Balkans.

The project agreement was signed by Minister of Finance of Kosovo Hekuran Murati, and Alain Pilloux, EBRD Vice President for Banking, at the Kosovo Investment Outlook Session of the EBRD’s Annual Meeting and Business Forum in Morocco.

“We are pleased that, once again, the EBRD and EU are jointly supporting the decarbonisation of Kosovo’s economy, reducing its reliance on imported fossil fuels,” Minister Murati said. “We are also building up domestic renewable energy. Through two EBRD-financed wind farms, Kosovo has added more than 15% to the generation capacity of its grid.”

“For Kosovo that until fairly recently could not imagine energy outside of lignite, the shift in strategic vision could not be more dramatic,” Mr Pilloux said. “Kosovo is now working on a model that all other beneficiaries should adopt: energy efficiency plus renewables. I am proud that we are supporting a project to reduce the burning of coal in the historic city Prizren by insulating 100 of its public buildings and reducing their emissions by half.”

Katarína Mathernová, EU Deputy Director-General for Neighbourhood and Enlargement, sent the following message: “The European Union welcomes Kosovo’s steps towards a green transition. The decarbonisation of energy systems is one of the priorities of the EU’s Economic and Investment Plan for the Western Balkans and the joint efforts through the Western Balkans Investment Framework, a financial cooperation instrument established by the European Commission in partnership with financial institutions and EU member states, bilateral donors and Norway, bringing concrete results on the ground.”

Kosovo’s green transition is being supported though a number of pre-agreed financing frameworks. For energy-efficiency projects such as the one in Prizren, grants are provided via the WBIF project Regional Energy Efficiency Programme, which is backed by the EU, bilateral donors and the beneficiaries themselves. The REEP/REEP Plus is identified in the European Commission's Economic and Investment Plan for the Western Balkans as one of the Flagship projects "Renovation Wave" under the Investment window "Clean Energy". These projects contribute significantly to the reduction of greenhouse gas emissions, and improve the living standards and health of citizens. The activities under REEP/REEP Plus are in line with the EU Regulation and Green Agenda Targets for the Western Balkans, following the five pillars of the European Green Deal.

More about the WBIF activities in Kosovo