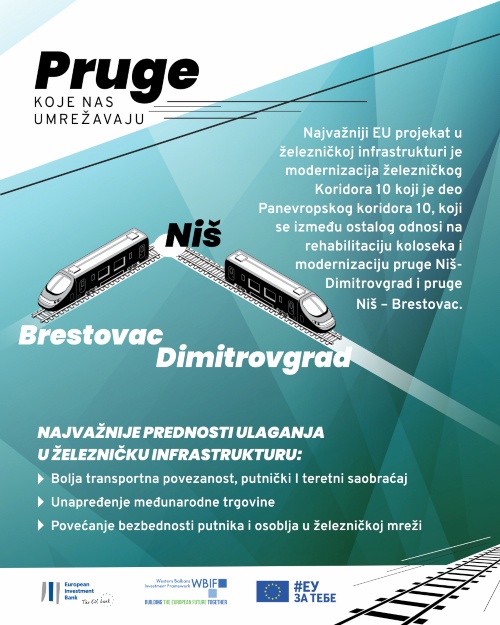 Exhibition “EU support for the transport sector in Serbia”

At the beginning of the year, the European Investment Bank (EIB) signed a cooperation agreement with the city of Niš to finance the development of a sustainable public transport plan. The agreement creates conditions for the introduction of a more efficient transport system, as well as for the removal of freight traffic from the intercity railway corridor.

In an effort to bring the citizens of Niš closer to the development priorities for Serbia in the transport sector, the exhibition titled "EU support for the transport sector in Serbia" was set up in the premises of the EU Info Point in Niš. The exhibition showcases key investment projects such as road traffic reform, the introduction of modern and cost-effective infrastructure maintenance practices, and support for road safety.

Many of these projects have been included in the European Commission’s €3.2 billion investment package to support 21 transport, digital, climate and energy connectivity projects in the Western Balkans. This is the first major package of projects under the EU's ambitious Economic and Investment Plan for the Western Balkans 2021-2027.

The citizens of Niš will have the opportunity to learn more about the planned EU investments along road and rail Corridor 10, the modernisation of the Belgrade-Niš and Niš-Preševo-Dimitrovgrad railway lines, as well as the long-announced Niš bypass and the works on the modernisation of inland waterways infrastructure in Serbia.

One of the particularly compelling and important stories featured in the exhibition is the recently endorsed WBIF Flagship project for the removal of shipwrecks that have been lying on the bottom of the Danube for more than seven decades, since the WWII. The project has been financed through the WBIF via an EU grant and loan from the EIB in cooperation with the Serbian government.

Alessandro Bragonzi, Head of the EIB regional office Western Balkans: “The EIB has financed the transport sector in Serbia with 2.3 billion euros and the results can be seen in a number of new roads, bridges, tunnels, and railways. The EIB support also includes grants and technical assistance for project preparation, such as the preparation of a sustainable urban mobility plan in Niš."

Since 2000, EU support to the transport sector in Serbia has reached more than 420 million euros in grants. In addition, over 40 million euros of EU grants have been set aside for the preparation of strategic priority investments in the field of transport, totalling over 3.7 billion euros, which will be realized by combining EU grants and favourable loans in the future.

More about the Endorsed flagship projects

More about the WBIF activities in Serbia 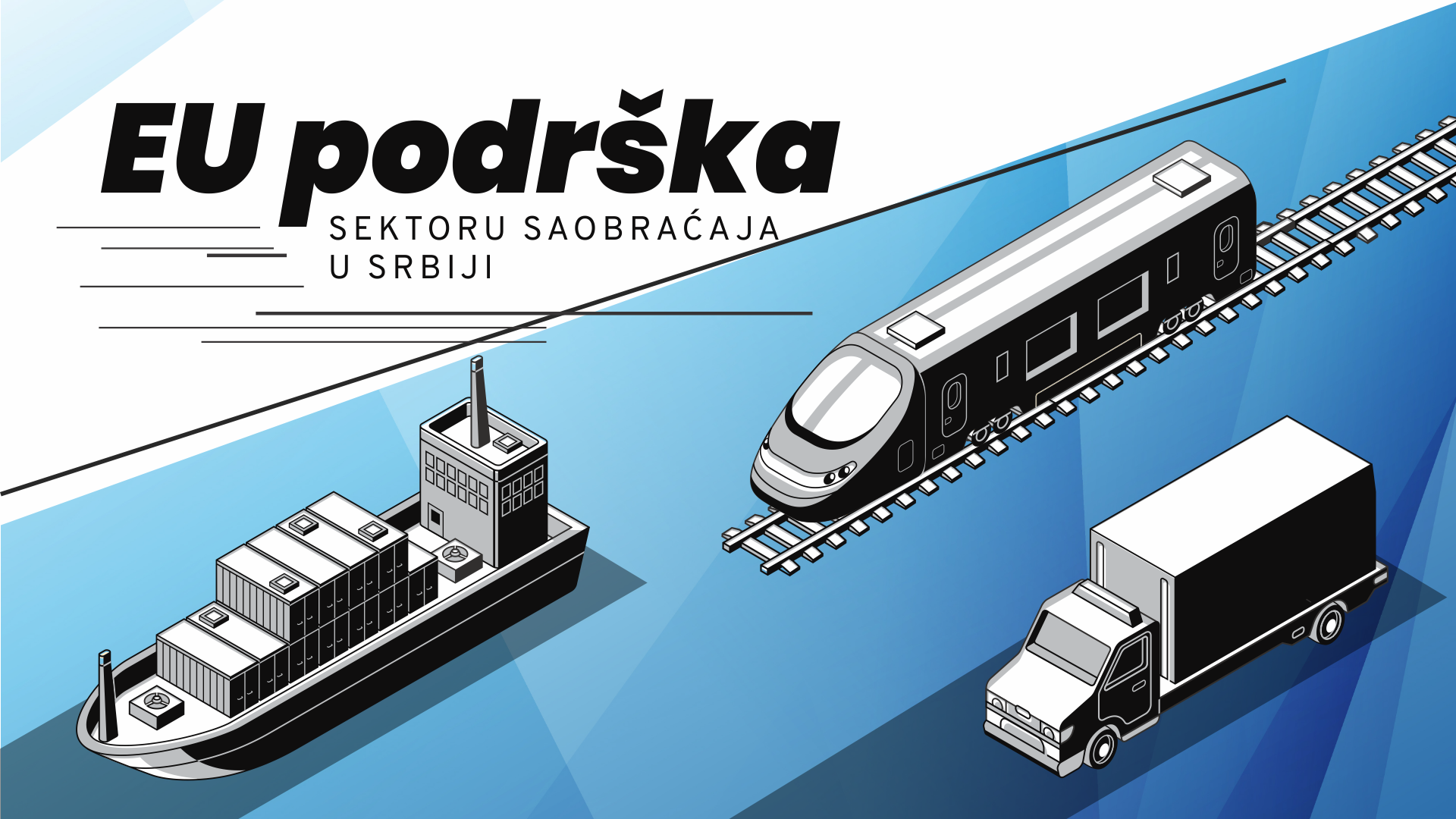 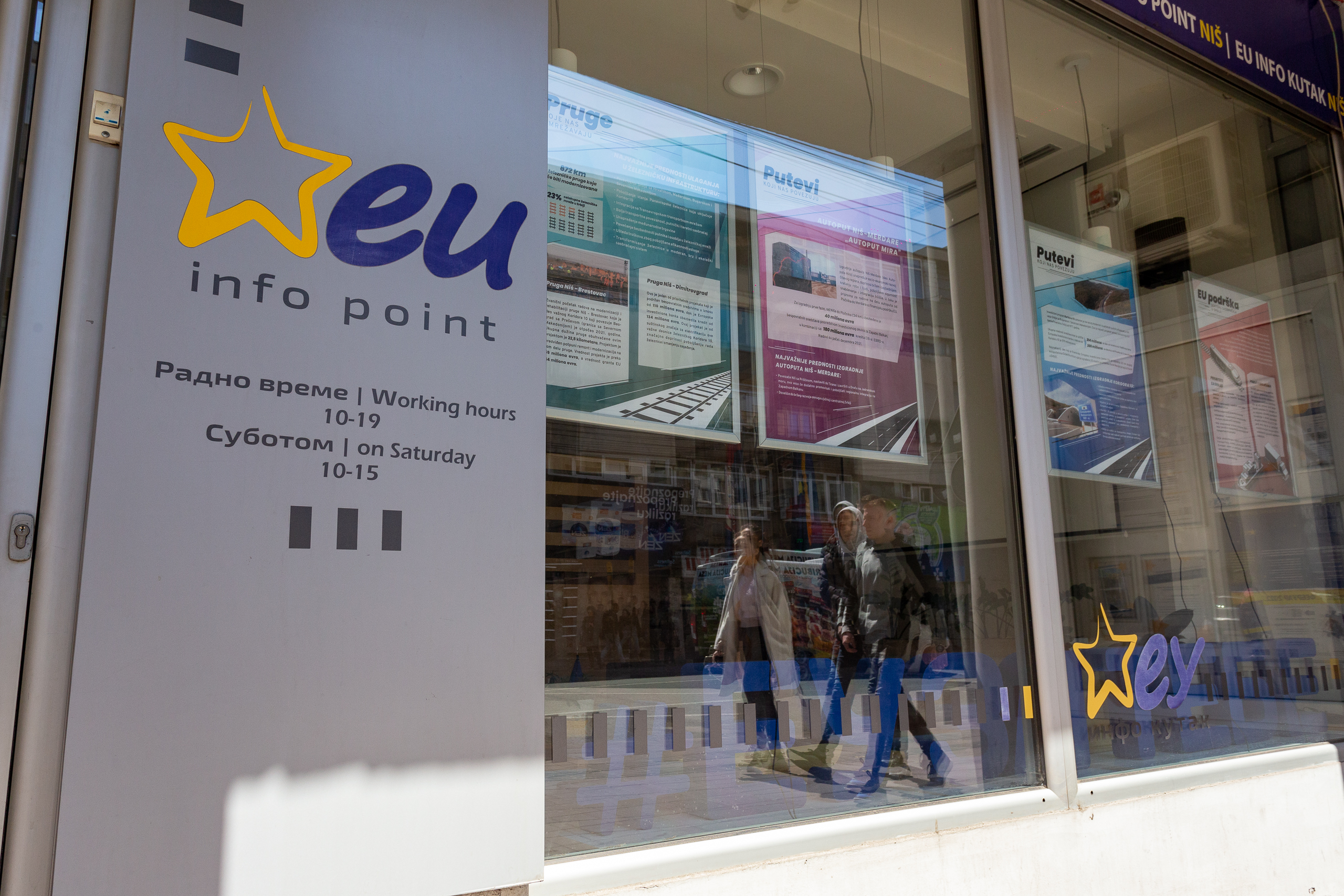