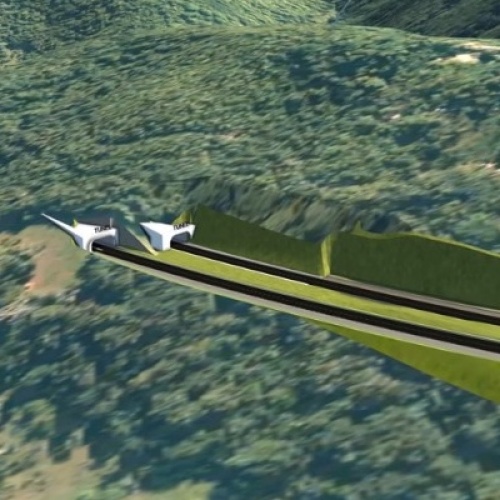 An EU-funded Technical Assistance for the development of the Detailed Design for 13 km of motorway between Prenj Tunnel and Mostar North Intercharge on Corridor Vc in Bosnia and Herzegovina, was launched on 14 January 2021 in Sarajevo. The virtual kick-off meeting was attended by the representatives of the Public Company Autoceste FBiH, European Bank for Reconstruction and Development (EBRD), EC DG NEAR, EU Delegation Office in Sarajevo, National IPA Coordinator (NIPAC), WBIF Country Representative and IPF8 experts.

This project concerns the construction of approximately 13km of motorway between Prenj Tunnel and Mostar North Interchange. This is a Category A dual carriageway two-lane motorway. The TA project estimated at €3.2m will be implemented by IPF8 Consortium under a contract with the European Investment Bank (EIB), with the EBRD as the lead International Financing Institution.

The total investment value of this motorway section is estimated at €150m, which is expected to be co-funded by investment grants from European Union through WBIF. The project constitutes as one of the three flaghsip projects in the transport sector, as identified by the EU’s Economic and Investment Plan for Western Balkans.

The overall objective of this construction is to increase transport efficiency and improve traffic safety on Corridor Vc in line of the standards and conditions defined under the indicative extension of the Trans-European Transport Network (TEN-T) to the Western Balkans. The specific objectives of the Project are to address capacity and quality constraints on approximately 13 km of motorway on Corridor Vc and bring this section to the technical standards of the TEN-T Core Network.

The scope of this Technical Assistance is to develop Detailed Design for motorway alignment; the structures along it including 6,151 meters of tunnels and 2,049 meters of bridges; and a service area on both sides of the motorway, in compliance with EU standards and BiH legal framework, following the findings of the Preliminary Design, the updated FS and EIA prepared according to local legal requirements. The Detailed Design will include the technical specifications and Bill of Quantities (BoQ). The Detailed Design and related studies and analyses will be prepared in accordance with the relevant national legislation, EBRD requirements, EU standards and norms, valid methodologies and guidelines and be informed by the outcomes of the ESIA (being currently prepared under Component 1 of this Assignment according to the requirements of EBRD).

Motorway Vc is considered a strategic link connecting Hungary, eastern Croatia and Bosnia and Herzegovina to the Adriatic coast as an extension of the Mediterranean Corridor linking the Iberian Peninsula with the Hungarian – Ukrainian border. A large proportion of GDP and population of Bosnia and Herzegovina are based along this corridor.

Ms Nadia Bergamino, EU Delegation to Bosnia and Herzegovina: "This is a flagship project for WBIF, and it is very important to be delivered on time so that construction can start in 2024. It is also very important to harmonise the differing designs with other adjacent sections of motorway Vc in which other IPFs are working."

Ms Jasmina Cengic, PC Autoceste: "We are very lucky to start this subproject without delays and we look forward to its timely implementation."

Ms Ines Fejzic, Environment and Sustainability Department, EBRD: "The Environmental and social aspects of the sub-project are prepared as part of the Component 1, the ESIA, of the same subproject and we look forward to maintaining the compliance with the performance requirements of EBRD in this second Component as well."

More about the WBIF project Mediterranean Corridor: Construction of Road Corridor Vc in Bosnia and Herzegovina

More about WBIF Activities in Bosnia and Herzegovina

More about the Road Corridor Vc in Bosnia and Herzegovina