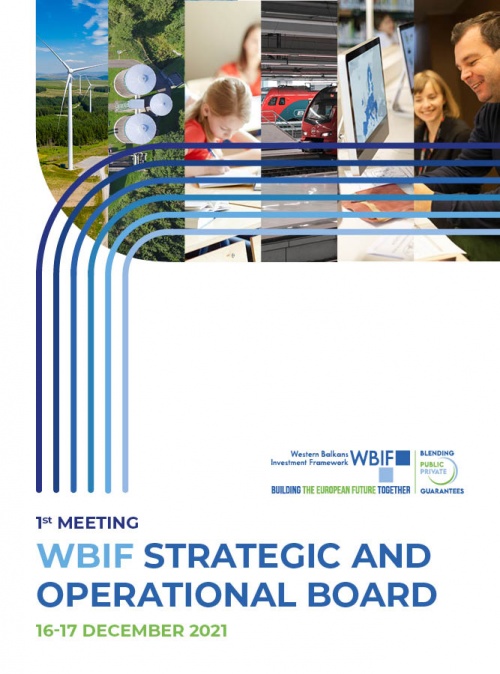 At the Operational Board meeting, the Informal Expert Groups presented the recommendations on Acceleration of Implementation, Green Agenda and Socially Responsible Procurement. The Bilateral Donor community announced additional pledges for over €11 million to the European Western Balkans Joint Fund (EWBJF). Representatives from the Western Balkan partners and lead IFIs presented the screened proposals for public sector investments and technical assistance for an amount of approximately €1.1 billion. The list of proposals is expected to be formally endorsed by written procedure by the WBIF members by February 2022.