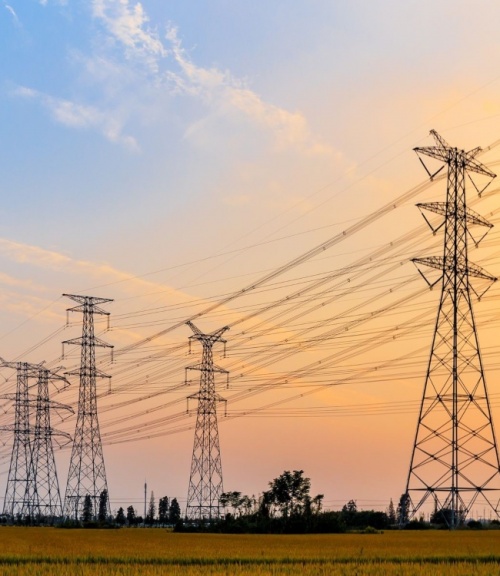 The Trans-Balkan Electricity Corridor is nationally and regionally significant and one of the Flagship projects under the EU's Economic and Investment Plan for the Western Balkans. This WBIF project contributes to the establishment of a regional power network connecting the electricity transmission systems of Bosnia and Herzegovina, Montenegro, and Serbia with Croatia, Hungary, Romania and Italy through 400 kV overhead lines or submarine cables.

A loan agreement for the WBIF project Trans-Balkan Electricity Corridor: Obrenovac – Bajina Bašta Grid Section in Serbia was recently signed by the Minister of Mining and Energy Zorana Mihajlović, the Minister for European Integration Jadranka Joksimović, the Director of the Serbian Transmission System Operator (EMS) Jelena Matejić, and the Head of the KfW Bank Office in Serbia, Rüdiger Hartmann. The Head of Co-operation at the Delegation of the European Union to Serbia Yngve Engstroem and the German Ambassador to Belgrade, Thomas Schieb, also attended the event.

The investment concerns the construction of a new double 109-km OHL transmission line, the upgrade of the substations SS Obrenovac and SS Bajina Bašta to 400kV voltage level and the construction of an additional two 400 kV line bays with the appropriate equipment, necessary for the line connection to the 400/220 kV SS Obrenovac. The first phase of the Trans-Balkan Corridor is expected to increase the installed capacity of substations with approximately 2,000 MVA.

The total investment costs of the section is €58 million financed through a €12.8 million EU-grant, a €40 million loan by the KfW and a national contribution of around €4.5 million from the Electricity Transmission System Operator (EMS). The EU-supported investments in the Serbian electricity transmission network include the construction of 400 kV transmission lines Pančevo - Resita (Romania), and Kragujevac - Kraljevo. Furthermore support for the construction of 400 kV transmission lines Bajina Bašta - Višegrad (Bosnia and Herzegovina), and to the border with Montenegro is envisaged. The EMS also plans to build a 400 kV interconnection between Serbia and Hungary. The new developments will have a low to moderate social and environmental impact since the new facilities will be built in close proximity to the existing transmission corridors.

These much-needed investments will replace the outdated network, which is prone to system failures and carries high operational and maintenance costs. Once complete, security of electricity supply will greatly improve for over one million residents of Zlatiborski, Moravički, Rasinski, and Raški districts who are now connected, via 220 kV lines, to the hydropower plant of Bajina Bašta and the 400/220/110 kV substation in Niš.

Rüdiger Hartmann, Head of the KfW Bank Office in Serbia, said: “With the Trans-Balkan Corridor, Serbia and the region are getting closer to the EU energy network. At the same time, the regional energy market is promoted. The project is therefore a Flagship priority of the German and European development cooperation with Serbia.”

Zorana Mihajlović, Minister of Mining and Energy of Serbia, said: “The Trans-Balkan Corridor is a regional project of strategic importance, which means stability on the electricity market not just in Serbia but also in the region, in Romania, Montenegro, and Italy.“

Jelena Matejić, Director of the Serbian Transmission System Operator (EMS), said: “Apart from greater stability in the power supply for our customers, this project will also increase the possibilities to further develop and advance our energy supply.“


The WBIF project has been identified as Flagship "Transition from Coal" within the Investment Window "Clean Energy" as identified in the Economic and Investment Plan for the Western Balkans. Transition from highly polluting coal to more sustainable and green sources of energy production will be key for the region to meets its commitments under the Paris Agreement. A vital role will play the performant electricity transmission lines and smart grids for increased use of renewable energy sources in line with the region’s potential.

More about the WBIF Activities in Serbia