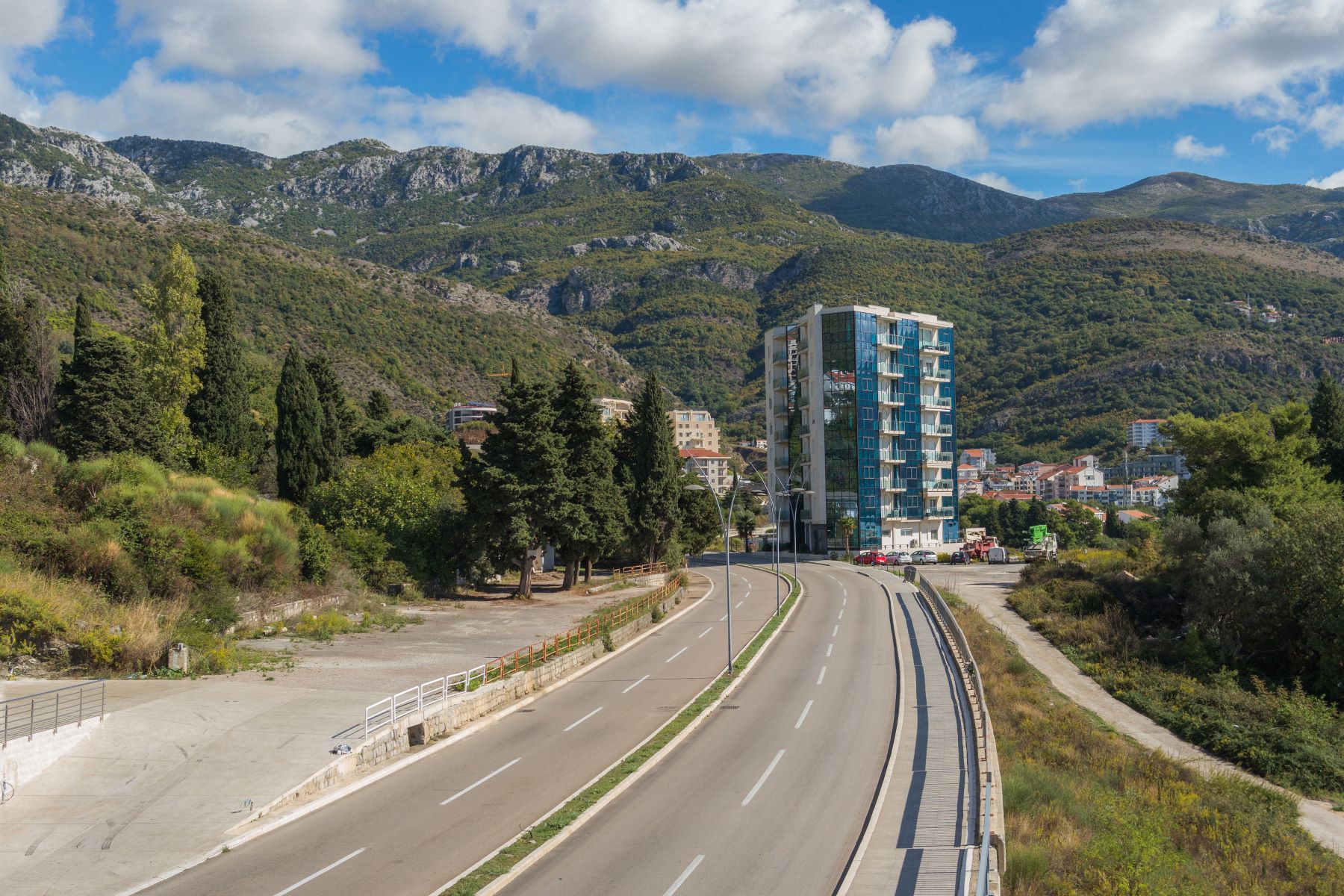 The road running along the Montenegrin coast was built in the 1960s and runs through the three main coastal towns: Herceg Novi, Budva and Bar. Over the past 50 years traffic volume has significantly increased and these three towns, being the main economic hubs, have similarly grown. International transit traffic has also increased, particularly from Croatia and Albania. The topography together with urban development do not allow adjusting the existing road dimensions to accommodate the current and future capacity. As a result, the road suffers from heavy congestion with particular disruption during peak summer months when traffic doubles.

In order to overcome these constraints, the Government of Montenegro, through the Ministry of Transport and Maritime Affairs, launched in 2007 the Programme for Elimination of Bottlenecks. The programme identified 27 projects countrywide: 18 projects for extension from two to three-lane roads and 11 projects for construction of new bypasses including the three towns of Herceg Novi, Budva, and Bar. These three planned bypasses will become part of the expressway while the Budva bypass will serve as a connection to it.

The WBIF is supporting this initiative through several technical assistance (TA) grants with a cumulative value of €5.1 million. The TA grants will develop a feasibility study, environmental impact assessment and preliminary design for the first priority bypass identified during the inception phase after assessing Herceg Novi (8 km estimated length; located on border with Croatia), Budva (6.5 km estimated length, connecting to Podgorica road) and Bar (10 km estimated length).  In December 2018, the WBIF also approved a €42 million investment grant to support the construction of Budva Bypass, specifically 8.5 km of new motorway, 4 km of access roads, as well as 2 interchanges.

The construction of road bypasses for Montenegro’s main coastal cities and towns would contribute to a seamless connection between Croatia, Bosnia and Herzegovina, Montenegro and Albania, removing the bottlenecks on SEETO Route 1 along the Montenegrin Coast. The local population, tourists, transit traffic, as well as private businesses will all benefit from this important investment.