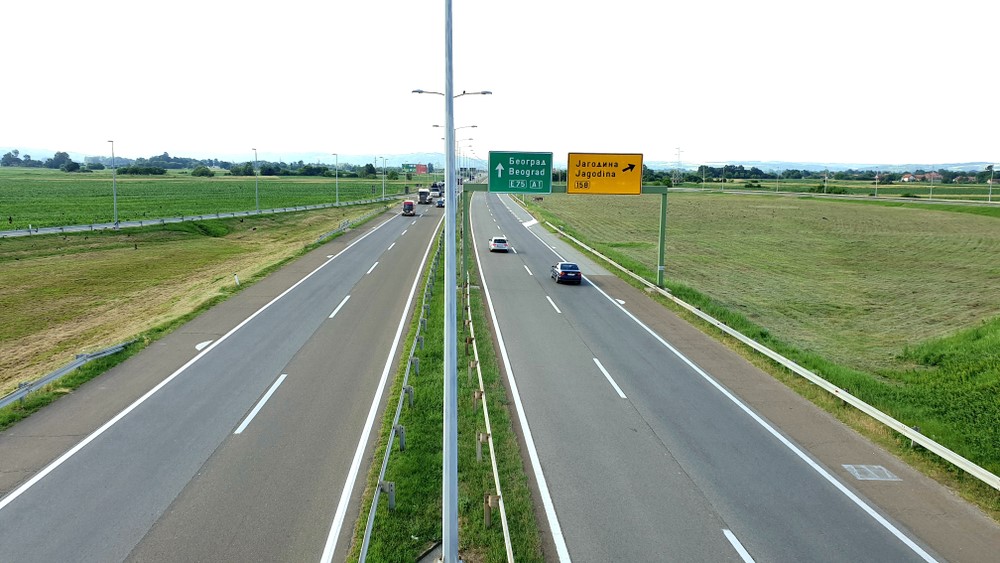 The extension of the TEN-T Network to the Western Balkans along the Orient/East-Med Corridor includes the road between Niš and Merdare in Serbia. Strategically linked to Corridors X and VIII, the road interconnection Niš - Merdare - Pristina (Kosovo), also known as the 'Peace Highway', is of great importance for freight and passenger transport in the Western Balkans as it is part of the region's shortest route to the Port of Durrës on the Adriatic.

The existing Niš – Merdare road (~70 km) consists of two lanes on a poor alignment, irregularly maintained. The road crosses urban and rural areas, and there are frequent bottlenecks at the border crossing point in Merdare. The European Union, through the WBIF, has been instrumental in identifying the investment needs as well as financing the preparation of the technical documentation for the upgrade to highway standards of the sections Niš - Pločnik (32 km) and Pločnik – Merdare (37 km), including construction of a modern cross-border point in Merdare.

The EU also mobilised a €40.6 million investment grant for the construction of the Niš (Merošina) – Pločnik (Beloljin) section under the 2018 Connectivity Agenda package. This brings the WBIF EU contribution to this project to more than €50 million in the last four years.  JASPERS (Joint Assistance to Support Projects in European Regions) and CONNECTA (Technical Assistance to Connectivity in the Western Balkans) have also provided technical advice during the preparation of this project.

The location (Spatial Plan) for the new highway was approved by the Serbian government in October 2017. The Niš (Merošina) – Pločnik (Beloljin) section is now at the procurement stage. Land ownership issues are to be addressed in the coming period, while an updated environmental and social impact assessment study will be approved by the relevant authorities and participating International Financial Institutions by the end of 2020.